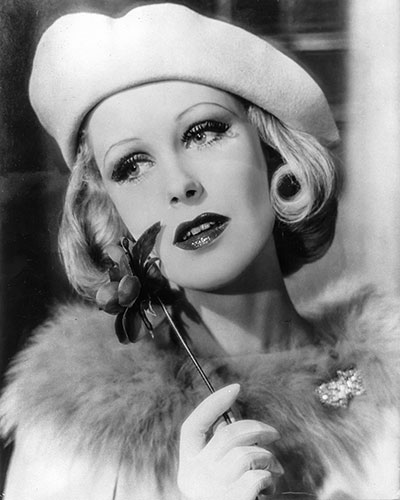 Patricia Michael trained for the stage at Elmhurst Ballet School in Camberley from 1952 until 1958, and then graduated to the Guildhall School of Music and Drama, leaving in 1960. By then, she had already begun to establish herself as a favourite in pantomime, debuting as one of six Clarkson Rosebuds (all grown at Elmhurst) in Clarkson Rose's Robinson Crusoe in Exeter in 1957, followed by Fairy Godmother in a Southsea production of Cinderella with John Hanson (with whom she would go on to one of her great successes). In fact, she worked consistently in pantomime throughout her career, playing principal boy to, among others, Ken Dodd, Stanley Baxter (4 times) and Jimmy Logan.

Even by 1960 it was clear that here was an actress who would find work. In July she was in the chorus of the disastrous Joie de Vivre, washed up at the Queen's Theatre after only four performances. She had also been understudy to one of the show's leading ladies, Joanna Rigby. By September Michael was cast in the minor role of Princess Number Twelve (as well as being second understudy to the show's two female stars, Jane Connell and Patricia Lambert) in the American musical Once Upon a Mattress, but the show was unenthusiastically received, and was quickly taken off. The same year, she became one of the Crackerjack Team on BBC childrens' television as a hostess-singer and by Christmas 1960 she was playing the title role in Robinson Crusoe at the Theatre Royal, Windsor.

From now, there seems hardly to have been any period when she was not in demand in musical theatre. Her hostess-singer talents were used again by Westward TV in their 'Look In For Lunch' daytime programme, and in the autumn she was cast as Fiona (she also understudied the leading role of Jane) in a revival of Salad Days that eventually played out a short season at the Princes Theatre. In May 1962 she played Henrietta, one of a small female ensemble in the British production of a long-running American spoof of operetta, Little Mary Sunshine. Coming into the Comedy Theatre after a short provincial tour (for a week of which Michael went on for an indisposed Joyce Blair as the show's soubrette, Nancy Twinkle) the production had a cool reception from the London critics, who didn't appreciate this pretty, lovable pastiche, and it was off in a few weeks.

Michael was almost immediately cast as Virginia (the leading role originated in London by Joan Heal) in the Gaiety Theatre, Dublin production of Grab Me a Gondola, and then returned to London to take the most substantial (although minor) role she had so far played in the West End, Mitzi Travers in the American musical Fiorello!, in which she had her own number 'Gentleman Jimmy'. The charms of Fiorello!, concerned with the adventures of one of New York's greatest mayors, could find no response in London, and the show had a short-lived occupancy of the Piccadilly Theatre in October 1962.

It was another American musical that offered Michael her first leading role in London. Frank Loesser's How to Succeed in Business Without Really Trying proved a huge success at the Shaftesbury Theatre in March 1963, with Michael cast as Rosemary, the faithful companion of the upwardly mobile businessman, delivering a definitive version of one of Loesser's most clever lyrics, 'Happy to Keep his Dinner Warm'. It was a role that gloriously exploited the effectiveness of Michael's sometimes knife-edged voice, and - unusually for an English musical actress - she effortlessly negotiated it. At last, there was a long run.

Her first leading role in a British musical didn't meet with commercial success. There was much to recommend Divorce Me Darling!, in which Sandy Wilson took up the characters he had left in the 1920s with The Boy Friend, now catching up with them in the 1930s, but there was a general perception that the show was more a series of vignettes of familiar figures (among them Noel Coward, Gertrude Lawrence, Fred Astaire and Marlene Dietrich) than a homogeneous piece. Michael was an ideal 'older' Polly, glorious in looks and voice, but the production - it opened at the Globe Theatre under the shadow of Winston Churchill's funeral in February 1965 - didn't catch the public fancy, and was withdrawn after only 87 performances. Interestingly, her next major musical role was as the 1920s Polly in The Boy Friend at the Thorndike Theatre, Leatherhead in the spring of 1967, a production that sparked the successful revival of Wilson's show seen at the Comedy Theatre later that year.

1967 was to provide Michael with another, and perhaps unexpected, success, starring as Margot Bonvalet opposite John Hanson's Red Shadow in a revival of The Desert Song at the Palace Theatre. She proved a worthy successor to the first English Margot (the dazzling Edith Day) in a production that didn't always reek of West End values but drew the coach trade. When the show closed, she went back to The Boy Friend, taking over the role of Polly at the Comedy Theatre in 1968.

Pantomimes, revue (as leading lady of Edinburgh's The Half Past Eight Show) and plays (Elvira in Blithe Spirit at Leicester and Lorraine Sheldon opposite Jimmy Edwards in The Man Who Came to Dinner at Richmond) provided work until in 1971 she returned to musicals, playing Amelia - the second female lead - in Julian Slade's musical of Thackeray's Vanity Fair at the Yvonne Arnaud Theatre, Guildford. A re-working of the original (and catastrophic) original London script and score, the Guildford version didn't seem particularly convincing. The fact is, British musicals had proved commercially disappointing, but Michael was now to embark on a pretty remarkable list of leading roles in American shows.

There would never be one as ostentatious as Harold Rome's sweeping musicalisation of Gone With the Wind, seen at the Theatre Royal Drury Lane in 1972. As the show's second female lead, Melanie, Michael was billed with the show's stars, June Ritchie, Harve Presnell and Robert Swann. Rome's adventurous score was fulsome and appealing without achieving greatness, and Michael outstandingly contributed to the duet 'We Belong to You'. There was a constant serenity about her singing that made her ideal for the role. The original cast recording reveals a dignity and poise about her performance that was beyond any other leading ladies of her time. Gone With the Wind must be counted a success, although it didn't linger in the memory, but Michael's particular style, and her utter professionalism, was rewarded with some plum roles, even if she went in to companies as a take-over.

After playing Sister Sarah in Guys and Dolls at Birmingham, she followed Sally Ann Howes into The King of I (the Siamese one was played by Peter Wyngarde) at the Adelphi Theatre in 1974, and in the spring of 1977 she replaced Julie Anthony in the title role of Irene, again at the Adelphi. Two years later, she took over as Grace in Annie at the Victoria Palace, having played the Countess in A Little Night Music at the Northcott Theatre, Exeter. She was obviously considered dependable by London managements.

Michael was among an interesting collection of leading ladies (including Patricia Hodge) as one of The Mitford Girls (Diana). This musical-cum-revue had some (but not enough) original music from Peter Greenwell. It was seen first at Chichester and subsequently at the Globe Theatre in October 1981. The upper-class doings of the Mitford family didn't make for a popular show, although the splendid grandeur with which Michael sang 'I'll Fall in Love' must surely have impressed the real Mitfords.

The following year there was a tour of Sweden in the revue of Noel Cowardiana, Cowardy Custard, and in 1983 she was at Guildford in Tarantara (a show built around the music of Gilbert and Sullivan), and played Eliza in a revival of My Fair Lady that originated at Croydon and toured Europe. Her final West End appearance was as Ethel in David Heneker's attractive Peg at the Phoenix Theatre in 1984, but the show had a skeletal feel to it, and seemed like a relic of some lost age; it impressed neither critics nor audiences. Watching her finely crafted rendition of Heneker's songs ('When a Woman has to Choose'), they did not know that this was to be Michael's last West End production. Her last appearance on stage was in Christmas 1984 as Colin opposite Danny La Rue in a Plymouth production of Mother Goose.

We must be grateful that Patricia Michael managed to accumulate an impressive discography of original cast recordings. They remind us that she is a type of leading lady we are unlikely to see again, compelling and graceful, she married good taste with a gentleness and sophistication. Her admirers will be glad to know that she is alive and well, and living in The United States of America.

*Adrian Wright is an acknowledged authority on musical theatre. The American critic Steven Suskin has written 'When I want to know something about British musical theatre - I turn to Wright'.